Venus Bay SLSC’s Paul Mullarvey recently fulfilled his childhood dream of participating in the Coolangatta Gold, one of the most challenging endurance races in surf sports. When Paul was 11 he remembers watching Guy Leech on television participate in the Coolangatta Gold. Since that day he knew that there would come a time when he would be there completing the 23km ski, 2.1km run, 3.5km swim, 6.1km board, and 7.1km run.

At the beginning of the year Paul mentioned to his wife Jo the idea of competing. She was so supportive she had almost booked the flights before he had committed! A lot of training and hard work went into preparing for the endurance race and not all of it was enjoyable. There were many icy Melbourne winter mornings that were spent board paddling, swimming and running. Paul didn’t know anyone else competing and said ‘”The mental preparation was tough, not having the training partners to motivate me. 6am mornings were often spent on the beach in the pitch black contemplating which shipping marker to paddle to.” 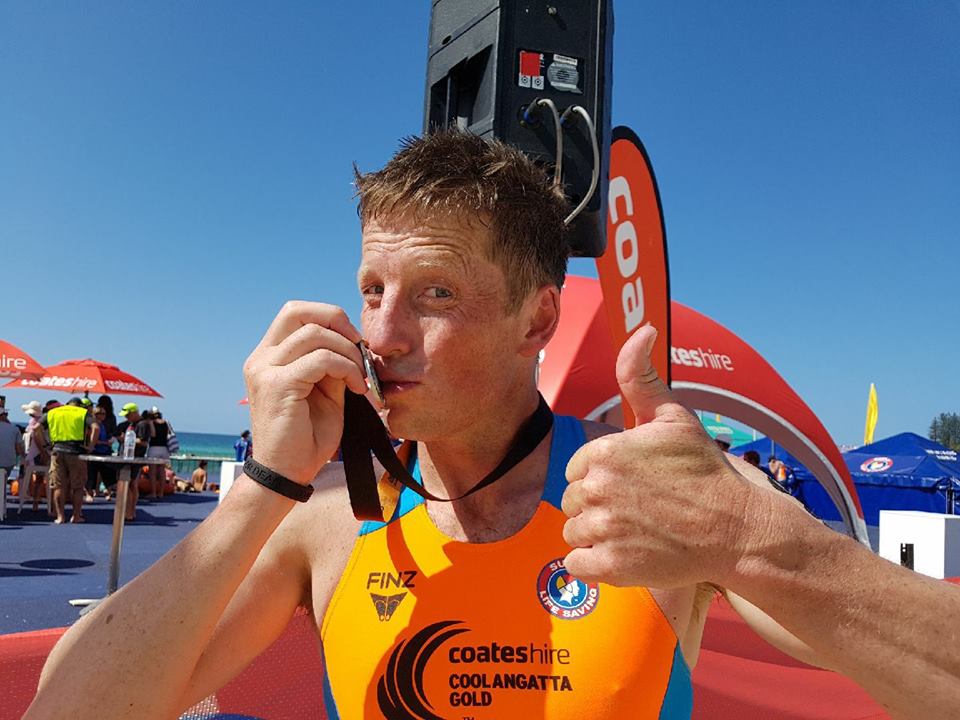 Paul joined a local swim squad and under the guidance of the coach, saw big improvements in his technique. All that preparation and hard work paid off when Paul stood on the start line “I was relieved on the start line knowing I had done all the training and it was a good feeling to get there.”

The hardest part of the race for Paul was being able to see how far he still had to go. “I would paddle for ten minutes and the buildings would still seem the same distance away. The 7km run was in a straight line so you could actually see how far 7km is – it was really daunting.” Paul also found the board leg challenging due to being fatigued and increasing wind which created choppy conditions.

Paul finished the race in a time of 5 hours and 32 minutes, placing 16th in his age group. When asked what the prospect was of doing it again he laughed, hesitated, and then went on to discuss that the logistics of trying to organise training, equipment and prepare on his own were really difficult. “For example, every swimmer has to have someone paddling next to them on a board,” Paul explained, “Fortunately I knew someone up there who could do that for me. I also had a few connections so that I could borrow a board for them to paddle.” Paul also relied on his support crew consisting of his sister and brother-in-law, mum, dad, wife Jo and his two children. “It was a lot of work trying to organise all the equipment, because you had to have a vehicle and transport to drive to the different locations to collect your board and ski,” he said. Paul then went on to say “If I was part of a club doing it, then yes I would be interested in participating again.” And he may just find an enthusiastic bunch of lifesavers at Venus Bay who will put together a team to compete in 2018! 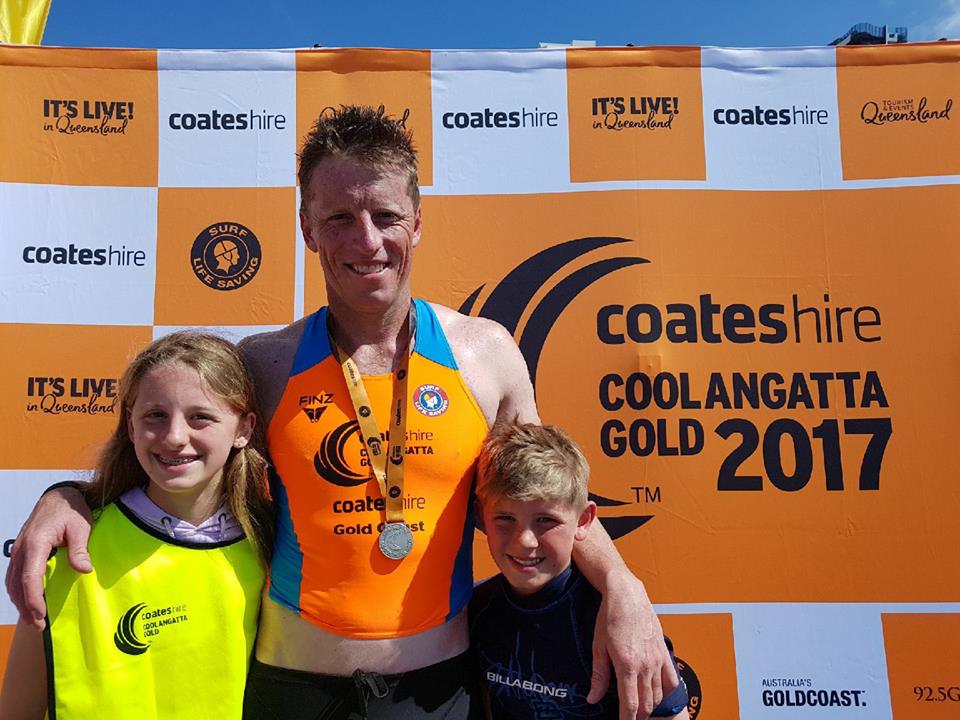